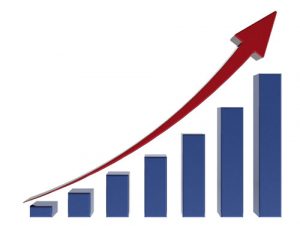 I look at many different things when looking to invest in a micro cap company.  Taken as a whole I’m looking for an “undervalued” company that can become “overvalued”.   In essence I want to buy today the big PE companies of tomorrow.  I have never pigeonholed my investment style into the value investing approach.  I respect value investing and value is certainly important, but I’m only interested in value if management can slap a jet engine on its back.  I have no rhyme or reason to hold an undervalued company that will always be undervalued. Growth is the great equalizer or un-equalizer across every equity asset class.  Whether a company is a micro-small-mid-large cap, investors flock to the growth stories so the key is finding them before the masses.   Specifically, show me a company that can grow the top line 50%+ with even greater percentage increases in the bottom line (showing scale improvements).   I also want to find business models that aren’t seasonal or cyclical.  Large PE potential rarely comes to lumpy businesses.  Wall Street likes to see consistent quarter over quarter increases.

Emerging growth stocks that are just getting discovered even do well in horrible macro environments.  For example, ZAGG which was a big hit for me and others was $0.80/share in October 2008. The following 6 months was the worst economic/stock market climate since the great depression.  The markets hit their lows in April 2009 while ZAGG made a new high of $3.00/share, a 300%+ increase during this timeframe.  The stock did well because of revenue and earnings growth.  In November 2008, ZAGG reported its Q3 results of 0.05 EPS which was the first quarter representing its rollout into Best Buy (BBY).  So here is a stock at the time under a buck that just reported 0.05 EPS in a quarter.  Logically one would assume the company is more or less on a 0.15-0.20 EPS annual run rate, so as small funds/large retail drew up their back of the envelope #’s either way you diced it the stock was cheap and the stock run commenced.  Other ZAGG attributes that helped it move upward were a very good share structure and they had a business that didn’t need to raise large amounts of capital (ie dilution) which forced interested buyers to buy in the market not in a PIPE.  I use ZAGG as an example because it really exemplifies the characteristics of what to look for in other companies:  The Growth, The Share Structure, and Pounding the Pavement Telling the Story.

microCapClub launched a couple weeks ago and since then 45 experienced micro cap investors have signed up to discuss and share some of the best micro cap companies on the planet.  Stocks discussed the first few weeks include earnings growth plays like Spine Pain Management (SPIN)  at $1.00 PPS ramping earnings from 0.10 FY 2011 to 0.22 FY 2012 or TechPrecision (TPCS) at $1.60 ramping earnings from 0.20 FY 2011 to 0.40 FY 2012.  We have also discussed companies like Response Genetics (RGDX) and Prolor Biotech (PBTH) which are about to reach inflection points in their science or business models.   Finally resource stocks like American Manganese (AMY.V) which is developing the only large scale manganese mine in North American (China has 98% of the market currently).   These are just a handful of the ideas discussed on our member’s forum.  If you are an experienced microcap investor, feel free to register, and apply to become a member.