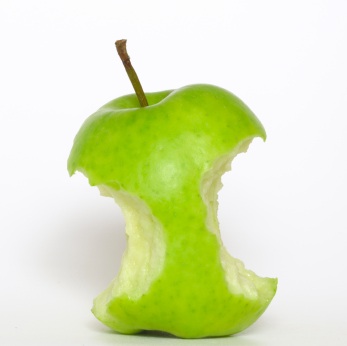 Discovering Microcap companies which are 1) profitable and 2) have multiple revenue streams is not often easy. Destiny Media Technologies, founded in 1991 by current Chairman & CEO Steve Vestergaard, is one of those examples. Several of their business segments address market opportunities in excess of $10 bln annually. Two of these segments (Play MPE and Clipstream) are at possible growth inflection points, positioning Destiny Media stock for material upside from current levels, with some measure of downside value provided by its stable and profitable core business. Clipstream, in particular, positions the company as a major technology industry disruptor, and a transformative business success story in 2012.

Destiny’s current core business is a product line called Play MPE®, a patented technology that enables the secure distribution of digital content (i.e., audio, video) over the internet. It is a service the recording industry uses to distribute pre-release content to radio, press, industry executives, etc. Universal, Sony, and EMI, are all taking steps away from distributing CD’s for this purpose, and are already utilizing this new technology. This segment has formed the basis for Destiny’s core business. As subscriber growth continues, revenues should also increase commensurately. Historically, Destiny has mainly focused on distributing Play MPE in the United States and parts of Europe. Play MPE is at a possible inflection point, as the company is imminently launching it globally in 26 different languages.  In addition, the product is also being rolled out to journalists, a market that could be as much as 10x larger, according to a recent analyst report.

Destiny’s true blue sky, disruptive market opportunity is Clipstream, which it’s about to release its 2nd generation version. This new version enables the playerless streaming of audio and video on the internet without the need for a supporting player (i.e., Windows Media Player, Flash, Quicktime). This eliminates the need for multiple file formats and device compatibility issues, as the content is played directly on the web, and not on a user’s device. Content distributors can therefore bypass the expensive and time consuming process of uploading and encoding their content across multiple formats. The economic benefit to content distributors is immediate and substantial. Consumers benefit from content always working, agnostic to the device they may own.

The Clipstream first generation format was limited for use on Java based devices only. However, with the new version Clipstream has the potential to be available on a majority of computing and mobile devices. Clipstream offers a more efficient use of band width, does not require updates at the consumer device level, and offers an increased level of security and content protection to the media distributor. The potential significance of this product cannot be overstated. Clipstream, when embedded in a website, will be able to play audio and video content without any secondary technology. Even the most popular Apple (AAPL) products have an issue with this broad technological problem. Apple users are often frustrated by the inability to view content requiring Adobe’s (ADBE) Flash player on their iDevice. However, Clipstream, if adopted more broadly, would render that issue obsolete. Clipstream also reduces the burden on telecommunications infrastructure, as less overall bandwidth is required to deliver the same content .The consumer also experiences a faster playback experience, and device battery life is greatly improved by eliminating the need for decoding content on the device.

Clipstream should be launched in the current quarter with a soft launch to advertisers expected first before a full roll out in the coming months. This measured approach to rolling out the technology seems prudent. The online advertising market is worth over $10 bln and mobile video is expected to grow to over $1 bln during the next few years. Cilpstream offers significant cost and resource savings to this industry. In additional, investors should be able to view live trials for the first time in the next few weeks.

Destiny Media‘s market capitalization is $36 million, based on 52 million shares outstanding at a current share price of $0.70. Fiscal year annual earnings have been $0.01, $0.03 and $0.01 in 2009, 2010, and 2011 respectively. The company has reported profitability in 10 of its past 12 quarters and even has an authorized share repurchase program. Its price per share over the past 2 years has been mostly stagnant, as the company has lacked any hard catalysts. YTD the company has already risen 57% in anticipation of the new growth opportunities listed above.  Recently released 2Q results, which is DSNY’s seasonally slow quarter, will likely mark the final release before investors start to see a new wave of significant growth, and more meaningful and proactive communication from the company. The company recently settled a few lawsuits and as a result will likely see lower legal fees flowing through its income statement. 3Q may show new signs of growth in Play MPE having been launched in wider geographies beyond their core markets, and 4Q may offer the first signs of additional, and potentially significant revenues from the successful commercialization of the next generation of Clipstream.

Destiny offers investors explosive upside growth driven by a potentially disruptive technology, with some amount of downside protection through the continued stability and growth of their core Play MPE business. Investors who screen for growth at a reasonable price, with an upside near-term catalyst may want to take a closer look at this interesting opportunity.