I want to bring up a topic that is worth being aware of if you are a mining investor, particularly in a day in age when gold and silver companies are practically mining  the sea floor!  What?  They are?!!?

Brent Cook, who is a very highly regarded career geologist, talks a lot about what is known as “smearing.”  Brent, who has a newsletter called Exploration Insights, is one of the most legitimate analysts out there because he’s not some fat guy in a suit promising gold prices to the moon but a seasoned geologist who writes about what he’s doing with his own money and where he’s investing it.  This is a brilliant idea for a newsletter and Brent never seems to try and spin poor news, including news from companies he owns.  So, when a guy like that goes around trying to educate investors about an ugly truth in the mining world, everyone should sit up and listen. There is no way I can better explain smearing than Brent Cook himself, so [HERE] is a video of him on BNN doing just that.

The video mentions a company named Bayfield Ventures(BYV) that was asked by the British Columbia Securities Commission(BCSC) to restate their drill results; [HERE] is a really good article discussing that news item.

Now, the reason I write this is that I saw a news headline this last week that looked great…at first.  Then I looked more closely.  Colossus Minerals (CSI.TO), a Brazilian explorer progressing towards production published a Press Release with this headline:

That is an excellent intercept by most any standard and any mine would be proud to process ore that graded even 10% of that.

Inside the Press Release you find this as the first highlight: 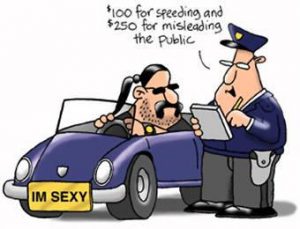 The thing that’s important to look at here is the “including” – which is an assay found within the larger intercept.  Quite often an intercept will have 3 or 4 or 5 includes; in this particular case there is just one.   So, within 9.8 meters we have an incredibly high-grade intercept of 0.80 meters in length.  If we take out that 0.80m very high-grade intercept we’re left with an additional ~9 meters of ore.  If only there were a way to calculate how the rest of that ore would grade if we remove that 0.80m uber-rich nugget.  Oh, there’s a tool for that?

Yes ladies and gents, Brent Cook worked with Corebox.net to bring us a tool that helps figure out how larger drill intercepts look on their own when we remove the “includes!”  What a guy!  I already plugged in the numbers for you folks following along at home, so here’s a link:

Granted, the 0.8 meter nugget was superb and could have been Press Released by itself…yet…that is not what we got.  Why not?  That’s a good question and I don’t have an answer.  I have no position in Colossus as you’ll see by my disclosure, long or short, so that’s up to shareholders to figure out if they really care.

What I can say is that I find it disturbing that Colossus took a very rich nugget of 0.80 meters, then smeared it 8.98 meters in length across a low grade interval, making it seem like a nice long high grade find.

We could go into a lot more discussion about where this intercept was found, will this be open pit mined or mined underground, was this a step-out find, etc. but the truth is I don’t really find any of that very relevant in this instance.  I do find it relevant that the company not only took a small (and once again, admittedly superb) sample and smeared it across another length approximately 11x its original size, but took it one step further by using that number as the headline.

Something else worth noting, if you read the link to incakolanews, is that companies like Bayfield have gotten in trouble with the BCSC for smearing samples far less aggressively than Colossus seems to have done here.   This is the equivalent to US companies getting a call from the SEC asking them why they stated something the way they did; in the case of Bayfield, they were made to restate many of the assays!

As someone who is not a geologist by training (although I sometimes wish I were because it’s pretty cool stuff), I find it disturbing to learn of companies using headlines to deceive investors who may not be wholly adept at spotting these types of misleading news items.

This is not to damn Colossus by any means, as I think the company may have a very bright future as a producer, but to hopefully show investors that drill intercepts can be very deceiving.  Not only can this intercept mislead amateur investors but, as I noted above, there is the risk that the company gets an inquiry from the BCSC and that is never likely to be good for an investment.

Author Disclosure: No Position in any company mentioned