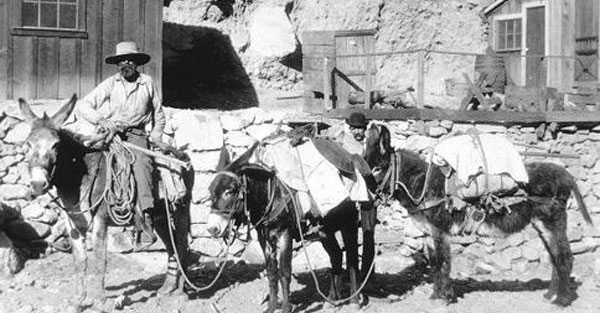 The mining business is a tough no matter what stage of life a mining company is at.  If it’s a pre-production company, the issues range from permitting to failure in proving up an economic resource.  If the company is a producing company the issues are even vaster, but can span the gamut from nationalization to mine collapse.  Whatever you masochistic bent, there’s a mining horror for you.  But, there may be one or two “safe havens” for those of us who aren’t inclined to the pain of watching investments get cut off at the knees.

Royalty companies are the first type of mining company that I believe represents a great proxy for owning a particular metal but that is not what we’re here for.

Introducing the Prospect Generator (PG) model.  They do exactly what their name implies: generate good prospects for future mines.  The make-up of a PG is typically that of a group of geologists who prospect land.  These companies will stake land, which costs very little relative to the rest of the exploration/mining process , and then do some basic geological work on the properties which can be anything from channel sampling to airborne studies depending on the size of the PG and the stage of the project.  The PG does this in order to establish whether or not there is any potential mineralization that warrants further exploration.

When a Prospect Generator concludes that it has a prospective land concession it looks for a JV partner.  This partnership typically includes an earn-in agreement whereby the partner will possibly pay an up-front payment to the PG(in cash or shares), pay for the drilling and exploration work for the following 1-5 years at a stated amount, and will have the option to earn in further if they continue to spend additional money on said project.  Earn-ins are commonly done at 50% at first with further milestone expenditures by the partner earning them additional percentages of a project and could possibly include buyout clauses.

It is not uncommon for the partner to acquire the remaining stake in the property leaving the Prospect Generator with a 2.5-4% royalty on the mine once it enters production.  The Prospect Generators are often conducive to these types of deals because it means they will carry none of the burden of the project’s construction costs and can move on to other early stage projects.

Geologists are not 4 Seasons kind of guys.  They are well known for their preference for drinking and digging so a company made up of geologists are unlikely to go on wild spending sprees.  It is well known that geologists make bad CEOs precisely because their area of expertise is out in the field, not in an office attempting to do financial work or design a mine.  Having a geologist as your CEO is like asking a master carpenter to build a steel bridge; he may have an idea of how to do it and be able to put together something rudimentary, but he’ll likely make a lot of mistakes and waste money in the process.  Digging holes and evaluating their contents is what geologists excel at, so when it’s time to move on to more advanced stages of exploration the projects are really better off being run by management teams that specialize in getting mines into production.  In realizing the limitations of geologists you must take advantage of the quality of the geological team on hand.

About two years ago Prospect Generators were all the rage as the mining sector was sizzling.  Since then the mining sector’s value has been cut in half and a lot of the PGs are great bargains in my opinion.  I’ll discuss a few interesting companies as examples.

Almaden Minerals (AAU) is a Prospect Generator that operates exclusively in North America.  The company has no debt, over $20M in cash, $2.6M in gold bullion (1,595 ounces), and with 59M shares outstanding  and trading at ~$2.00/share ($120M market cap).  The company primarily focuses on Mexico but has properties in Nevada and Western Canada.  Their most advanced discovery so far is the Caballo Blanco project which Goldgroup (GGA.to) is working towards putting into production from which AAU will derive a 1.5% Net Smelter Royalty(NSR) on.  The company has 3 options, 4 Joint Ventures, and 14 properties with NSRs on them.  The company has 40 total projects all discovered through the company’s exploration programs.  AAU’s wholly owned Tuligtic property with the Ixtaca Zone looks to be a highly prospective property and could either be sold outright or put into production via a JV.  AAU, while not super cheap for a PG, is certainly one of the more attractive companies from an excitement standpoint as they have more projects than most PGs and are a bit more active.

Virginia Mines (VGQ.T) is a Quebecois Prospect Generator that has tremendous potential.  The company claims to have discovered North America’s most promising new gold discovery in the  Eleonore Region of Quebec.  The Eleonore region is home to over 8Moz of gold resources at this time with VGQ having their hands in many of the local projects.   The company has partnerships with names like Goldcorp (GG), Iamgold (IAG), Xtrata, and many others.  They are currently receiving an advanced royalty on the Eleonore project which Goldcorp now operates with the following terms:

It is to be noted that Virginia owns a 2.2% sliding-scale production royalty in the Éléonore project, which will reach up to 3.5%.

The mine is projected to produce an average of 600,000 ounces per year at cash costs of less than $400 per ounce(well below industry norm) over the 15 year mine life.  All in all I think Virginia is one of the most overlooked PGs being that they have just 32M shares out, no debt, $45M in cash, and a whole host of very prospective properties they’re advancing.

Riverside Resources (RRI.V) is the last name I want to discuss.  By far the smallest of the Prospect Generators mentioned in this article but one of the most attractive.  The company has a current OS of 35M shares and $9M in the bank.  Riverside has 9 projects that are 100% owned and 8 that are being funded through partnerships.  Their geologic team is extremely well respected in the industry (by geologists such as Brent Cook) and it is often said that it is about “when” the company finds a major discovery, not “if.”  There are no sure things in mining so you have to take that with a grain of salt, but a ~$20M market cap company making any major discovery could lead to many multiples of upside potential and I like that, without even mentioning that that is just one of their prospective properties.   The company will spend just $1.5M on their 100% owned projects in 2012 while their partners will spend approximately $10M.  The company has strategic alliances with both Cliffs and Antofagasta.  I believe that due to the company’s low market cap, quality of management, and strategic alliances, Riverside has some of the best potential reward for anyone wanting to take a risk.  The company is backed by geologists and intelligent analysts (Rick Rule’s  family trust owns 6% of the company), which means that they’ll probably not have too hard of a time raising money should the need arise, which can’t be said of all juniors at this stage.  Riverside, while potentially not the most exciting company out there, is possibly one of the better bets in the junior exploration sector.

The Prospect Generator model isn’t new and there are a few excellent examples of success in the industry.  Companies like Mirasol, Almaden(to some extent), Kaminak, and AuEx have all gone up many many multiples after discovering economic resources among their prospective properties.

Mining is an extremely tough industry to make money in, as an investor and as a miner.  Gold prices have done very well over the past 5-10 years yet many of the major producers’ stocks have barely budged.  Many mining stocks, if not most, are trading below the prices they were in 2007 even though some of them have gone from a hole in the ground to ounces in production.  Much of that can be blamed on dilution, but the industry itself tends to swing from excess pessimism to excess optimism.  Right now we’re much closer to excess pessimism.

To summarize, prospect generators are extremely attractive due to their low dilution style of operation, very low cash burn rates, management that excels at geologic discoveries, strategic partners who pay to advance the project(s), and the increased likelihood of finding an economic deposit due to the diversity of projects being looked at. If and when mining stocks go parabolic I suspect that Prospect Generators will be the leaders in any move higher.