I wrote an article this May called: Global Market Trends and The MicroCap Benefactors. In it I described how I and many other microcap investors go about potentially finding the next big microcap stock. In general, first you identify an emerging trend, find the microcap participants in that trend, and then purchase the best microcap company.

Whole Foods Market (WFM) recently reported their Q3 2012 results that impressed Wall Street so much that it sent the stock up 12% last week and within shouting distance of an all time high.  The nation’s largest organic supermarket chain said earnings rose 26% to 63 cents per share, beating estimates by 2 cents, as consumers continued to be more health-conscious and switch to organic offerings.  Whole Foods, which is known as the America’s healthiest grocery store, ended the quarter with 329 stores, in 38 states, DC, Canada, and the UK.  The company plans to open 24-27 stores in fiscal 2012, and 28-32 new stores in fiscal 2013.

The growth of Whole Foods is not only a testament to management at the company but also the populations need, want, and desire to eat healthy. Whole Foods and analysts call this trend “Trading up” as consumers are willing to pay more to eat healthy.  Whole Foods co-CEO Walter Robb said it best, “In an economic environment that is proving to be difficult for many retailers, we are thriving.”  Operating margins were an industry leading 6.9%, compared to a Supervalu (SVU) 2% and Safeway (SWY) 2.4%.

As Whole Foods Market continues to lead the pack, other health conscious grocery chains are also doing very well.  The Fresh Market (TFM) whose 116 stores in 21 states mimic that of an old world European market are outperforming.  There have been two red hot IPO’s this year in the space from the Annie’s (BNNY) in April, and Vitamin Cottage Natural Food Markets (NGVC) in July.

In a Bloomberg interview last week, Whole Foods co-CEO Walter Robb was asked what emerging trends he sees.  The first trend he states is consumers want to know “Where Their Food Comes From”.  The second and third are organic and gluten free demand continue to increase.

As I stated in my original article, a powerful force occurs when there is a major emerging trend and the best way to play the trend is one company, and it just so happens it’s a microcap company.  The purest way to play all of these emerging food trends is investing in the verification companies that verify for food producers and retailers. In essence I have found a company that literally verifies the produce or meat is gluten free, organic, and “Where It Comes From”.   There is only one company and it’s a microcap.

Integrated Management Information (WFCF) is recognized as one of the first companies to establish a proven model for providing third-party certification services to the food and agriculture industries. The company has a dominant position in the beef industry, certifying-verifying more then 50% of all US beef exports.  WFCF supports 6,000 ranchers & feed yards, all major national meatpackers, and several high-end retailers and restaurants.  For example, Whole Foods is one of the company’s largest customers as well as several other well-known companies: 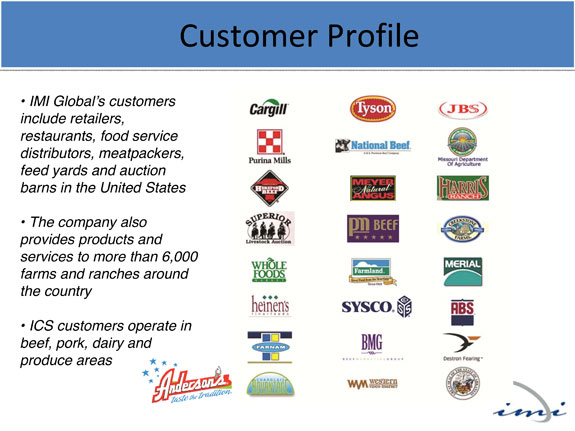 The company has a 95%+ customer retention rate for USDA Process Verified Programs.  WFCF offers a proprietary web based application which has the industries broadest vertical solution product offering.  You add on the fact that many of WFCF certifications are regarded as the industry standard and the barrier to entry is quite high for competitors.  WFCF recently won the Whole Foods Market Quality Assurance Award, so you know customers are very happy with the product offerings.

The company’s core verification services encompass USVerified (source and age verification which are mandated for exported beef), Non-Hormone Treated Cattle, Pork for European Union, Verfied Natural Beef, Verified Green, Verified Humane, Verified Grassfed, and later on we will talk about the Where Food Comes From labeling program.  These third party verification – certification programs are important to provide independent accountability.  You don’t want Tyson foods telling you this, or Hormel, you want a completely independent source. WFCF comes in and verifies that what these producers are saying is true. 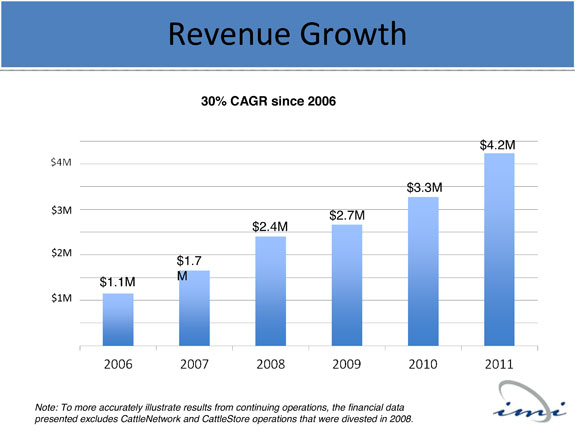 Food Certification and Verification is an area that has many tailwinds.  International food agencies and countries are slowly entering the fold by enacting legislation that will make it mandatory for food to be verified by companies like WFCF.  Second and most important, consumers are demanding it.  These two demand trends have enabled WFCF to consistently grow and take market share while the market itself grows.  WFCF verification has historically focused on beef and pork, but that changed six months ago.

WFCF is sitting on a huge asset because it virtually sits in the middle of the food supply chain. Management realized years ago that the information they collect on a daily basis is invaluable, so they came up with a direct to consumer labeling program that could monetize this information on a much larger scale. 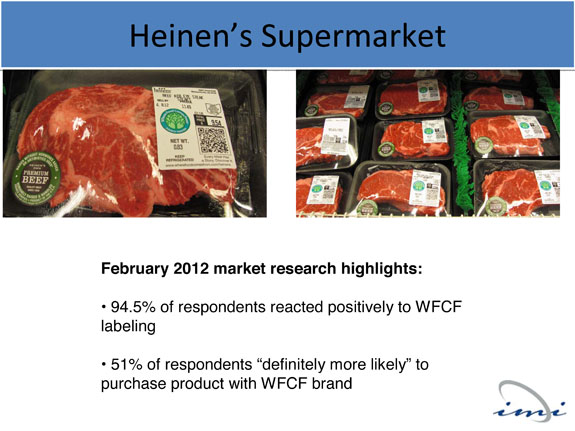 Where Food Comes From labeling program is not only for beef and pork, but will expand into many other product categories like organic produce and gluten-free (via acquisition of ICS). You can let your mind wander at the potential as the Where Food Comes From labeling program scales and collects per pound royalties across multiple food groups not only on retail store shelves but also restaurants. Remember that WFCF verifies over 50% of the US exported beef, so international markets like Japan and the EU are also low hanging fruit for the labeling program.

M&A has been on the increase as leading investment firms look to acquire assets in the food supply chain.  Leucadia National (LUK) acquired 80% of National Beef in December 2011 for $867m.  National Beef just so happens to be one of WFCF largest clients.

Integrated Management Information (WFCF) is a well managed company.  There are only 21m shares fully diluted, and company insiders control 55% of the shares.  WFCF has seen consistent operating improvement through the years.  The company is profitable and generates consistent cash flows to support organic growth and growth by acquisitions.  The company offers consistent growth through its core certification-verification businesses while providing blue sky upside from the Where Food Comes From labeling program.  At scale, gross margins of the labeling program should approach 80-90%, which will produce significant operating leverage. I don’t expect this to happen overnight, but it could become significant in another 12-24 months.

In conclusion, Whole Foods co-CEO stated last week that the largest consumer trends in food are consumers wanting to know “Where There Food Comes From”, Organic, and Gluten-Free.  There is only one microcap company that fits perfectly into these trends like no other, Integrated Management Information (WFCF).  Through its certification and verification programs, WFCF has a huge footprint in beef-pork and has recently expanded into the organic and gluten-free market places.  WFCF aims to leverage the information it collects on a daily basis from its certification and verification business, and intends to bring it directly to consumers through the Where Food Comes From labeling program. Where Food Comes From aims to connect the consumer to their food in ways that haven’t been seen before.  Over the next several years, look for Where Food Comes From in a grocery store or restaurant near you.