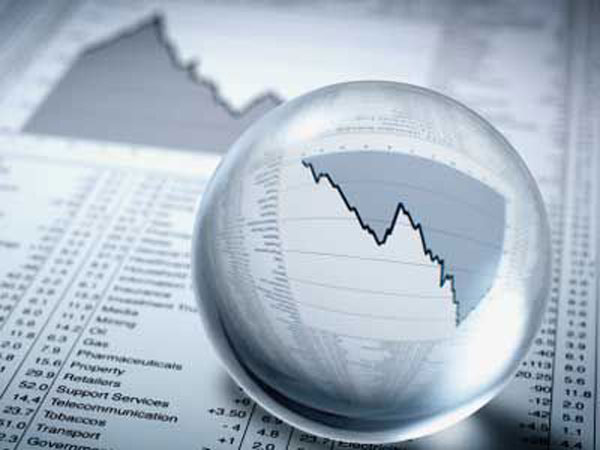 I’m going to be interviewing Tim Keating, CEO of Keating Capital (KIPO), next week here on MicroCapClub. I met Tim earlier this year when I was visiting some microcap companies and investors in the Denver area. He recently wrote an article for FOXBusiness that talks about a recent report by Grant Thornton that concludes increasing tick sizes would jump-start the small IPO market (sub $50m). I thought the article was very thought provoking, so I’ve published it below. 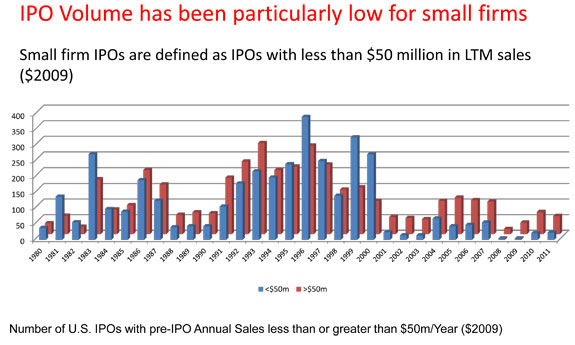 What’s Behind the Dramatic Decline in IPOs?

In their latest report in a series of Grant Thornton white papers on the long-term ills affecting the IPO markets, David Weild and his co-authors laser lock on market structure and persuasively argue that increasing “tick” sizes (i.e., the minimum increment in which a stock can trade) will restore capital formation, jobs and investor confidence.

Tick sizes? Yes, they’re talking about tick sizes, and they’re right. In fact, the authors have so precisely pinpointed the underlying causes of the dramatic decline in IPOs that it should serve as a wake-up call for anyone and everyone involved in the equity capital markets ecosystem.

But before we dive into the root causes of this IPO problem, let’s first revisit why IPOs or small cap stocks even matter. Not so long ago (i.e., pre the dotcom era), sub $50 million IPOs comprised 80% of the overall IPO market. And today, contrary to popular perception, the vast majority of all publicly traded stocks on the New York Stock Exchange and Nasdaq are either small-cap (defined as those with market cap under $2 billion) or micro-cap (under $500 million in market cap). Consider:

— Small-cap stocks represent 81% of all listed companies (though only 7% of total public company market value);

— Micro-cap stocks represent 68% of all listed companies (under 2% of total public company market value); and

— Nano-cap companies (under $100 million in market cap) represent more than half (52%) of all public companies (including the over-the-counter market).

In other words, roughly two out of every three companies listed on a U.S. stock exchange is a micro-cap company.

IPOs are crucially important because they lead directly to job growth. Newly public companies are loaded with cash which they use to hire people and make investments in new plants and equipment (which in turn leads to more job creation). But the number of public companies in the U.S. has been in a steady state of decline for the past 15 years. According to the authors: “The total number of U.S.-listed companies has shrunk every year since 1997—down 43.5% through year-end 2011—exceeding the number of new IPOs joining U.S. exchanges. While 388 new listings per year are needed to maintain a steady number of listed companies, the U.S. has averaged only 128 IPOs per year since 2001.”