Andrew A. Lanyi (1925-2009) grew up in Hungary, escaped from a Nazi labor camp during WWII, became a Hungarian stage director, and later fled Hungary with his wife when the Russians attacked in 1956. He didn’t have a job, money, or speak any English when he landed in New York City, but thirty years later Lanyi would be considered one of the best stockbrokers of his generation. 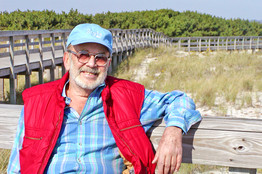 In 1958, Lanyi got his start on Wall Street peddling mutual funds. He quickly excelled because “1.) I put in substantially more time than anyone else, 2.) I listened to the advice everyone gave me and then considered whether doing exactly the opposite might be more beneficial. Very often it was.” He bounced around with a few different firms. By the late 1970’s, Lanyi grew tired of Wall Street Research “most Wall Street research shoots for mediocrity and never quite makes it.” He wanted to find tomorrows blue chips today, and developed a disciplined research and investment strategy.

Lanyi would become a very successful broker and set up his own division at Ladenburg Thalmann, and later with Oppenheimer & Co. He and his team of 28 analysts and salesman would do deep research into micro-smallcap securities. He preferred companies that traded on the OTC because they were undiscovered. They would meet with management, and do hours of scuttlebutt research talking to a prospective company’s customers, suppliers, and printers (printers = those that produced the packaging or marketing materials for the product/service that was sold). If the company passed due diligence Lanyi and his brokers would hit the phones getting his clients into these undiscovered companies and in most cases buying 10-30% of a company’s float.

How Did He Select Stocks?

When applying the six criteria he would remain flexible, “We do not want our criteria to turn into a straitjacket”, but he also noted an overwhelming majority of exceptions did not work out well. Lanyi believed that his criteria and diligence was more rigorous than 99% of brokerage firms, and it led to exceptional results. Lanyi and his team went on to find many great companies early including: Automatic Data Processing (ADP), H&R Block (HRB), and many others that went on to be acquired since the publication of this book (1992).

In the book you will learn more about Lanyi’s research methods, buying and selling philosophies, and his life story. My favorite section of the book is where Lanyi publishes interviews he did with a series of founders before their stocks were known by Wall Street. These interviews include Henry Taub founder of Automatic Data Processing (ADP), Henry Bloch co-founder of H&R Block (HRB), Joel Gordon founder of Surgical Care Affiliates (Acquired by HealthSouth in 1995 for $1.2 billion), and others.

An entrepreneur is a person who exchanges security for total insecurity pic.twitter.com/dxcsC0W43N

Lanyi mentored many professionals that went on to lead other companies in the financial industry. One employee that worked in the mailroom said of Lanyi, “He said he would be my ambition whether I liked it or not.” Andrew Lanyi died in 2009 at the age of 84. You will enjoy his story and can buy it [HERE].