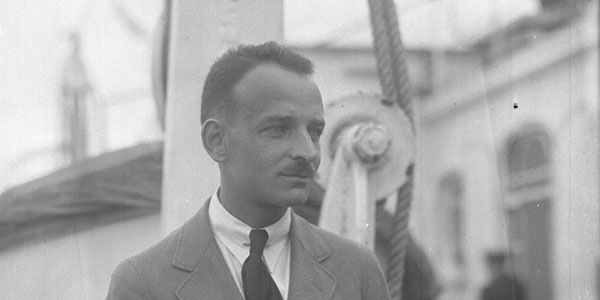 Before I had read this book, if someone were to ask me when was the first venture capital firm formed, I would have probably guessed at the turn of the 20th century or maybe even before that. I would have guessed wrong. Up until after World War II, financiers around the world were not risk takers and the idea of providing seed capital to entrepreneurs was basically non-existent at least in a structured sense. In 1946, Georges Doriot launched the first structured venture capital firm called American Research and Development Corporation (ARD) which was also publicly traded.

Georges was born in Paris in 1899.  Georges father engineered some of the first automobiles in Europe, so he grew up around innovation and understood manufacturing and production dynamics at an early age. After World War I, France was decimated, so in 1921 at the age of 22, George’s parents put him on a ship bound for the US to find opportunity.  Georges Doriot would go on to be successful in everything he set out to do. He became one of the most famous professors at Harvard Business School. After becoming a US citizen, the US government called on Doriot’s skills which many believe were paramount in winning World War II.  He would also found INSEAD, which is now recognized as Europe’s top business school. Oh yeah…, and he also started the venture capital industry.

A vast amount of the book is obviously centered  around Doriot’s launch and leadership at ARD. ARD may have been launched in 1946, but it took close to 20 years before the investment community bought into the whole the “venture capital” thing.  It really took one big success for investors to take the venture capital business model seriously, which for ARD came in the form of its investment in Digital Equipment Corporation.  In 1957, ARD invested $70,000 into Digital Equipment Corp for a 70% ownership stake. By 1967 the position was worth $200 million or 2800x its original investment.

In 1946, Georges Doriot painstakingly raised $1.8 million to start ARD, and in its first year made three investments totaling $500,000. In 2011, venture capitalists invested $29.1 billion in 3,752 deals in the US alone. So it is hard to over embellish Doriot’s vision and forward thinking while starting a whole industry that would change entrepreneurism forever. The book really gives a fascinating account of Doriot’s life and venture capital history lesson.