I have invested in over 100+ companies over my microcap investment career. A great majority of these microcap companies were founder led. The smaller the company the more important the founder, CEO, and management become to a company. The founders of small companies wear a lot of different hats. They aren’t just the CEO, but they are often the VP of Sales, Marketing, Human Resources, and many things in between. 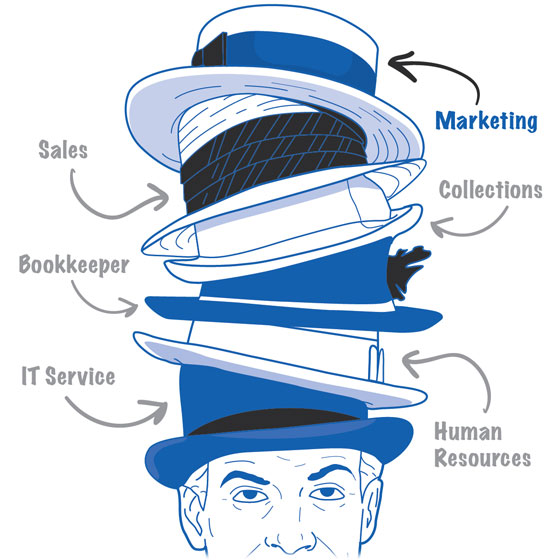 Evaluating founders is a big part of what I do as a full-time microcap investor because my success hinges on their ability to execute. I’ve been asked a few times about how I evaluate founders and what key attributes I look for. Over the years I’ve formed my own mental framework based on my experiences. What I’ve found is it’s often the small, intangible, qualitative attributes or characteristics that have made the greatest impact on my future returns. I’m going to highlight a few of these “Small Things that Make a Big Difference” in a series of blog posts over the next few months.

To explain the first attribute, I need to first give a brief history of how small US microcap companies have historically gone public. Up until 2010-2011, a majority of the small microcap companies (sub $50 million market cap) went public through the reverse merger process (aka RTO or Reverse Takeover) versus a traditional IPO. This form of going public is widely accepted in almost every geographic stock market place (Canada, Australia, etc). A reverse merger is when a private company merges with a public shell company (shell = a trading symbol and entity without a business). A shell company is sort of like a commercial office building with no tenants. They are just waiting for a business to move in. Small investment banks, advisory groups, and consultants were the facilitators of lining up private companies with shell companies, and providing funding. This was a simpler, cheaper, and easier way for companies to raise a smaller amount of capital ($1-5 million) and go public.

Many microcap companies that go public via reverse mergers are unprofitable and undercapitalized. This isn’t dissimilar to what you would expect in a small emerging company market place (venture capital, etc). Many of the service providers that facilitated the reverse mergers quickly went onto the next deal. The founders of these newly public microcap companies often had very low public company IQs. They had very limited capital markets experience. They were thrown into the deep end of a pool without knowing how to swim. Some ended up drowning.

Failure can take many forms. One form is a business fails because it was a bad business. Another form, is a business fails because they just run out of time and money. In yet another case, it’s the founder’s lack of public company IQ that destroys any hope for long-term value creation. Running a small public company is quite different than running a small private company. In the latter case, the business may have succeeded but they took advice from the wrong people and took money from the wrong people. In the end, they completely blew up the capital structure (ie too many shares out and/or preferred convertible high interest debt, structured financings, etc), and the result was an un-investable company.

When I look back at a majority of my winners, most of them went public through the reverse merger process. These founders too were thrown into the deep end of the pool without knowing how to swim. But these exceptional entrepreneurs were the outliers that somehow figured out how to swim. These people were the business equivalent to this Rocky Balboa quote, “Life is about how hard you can get hit and keep moving forward”. They grinded and bootstrapped their companies and focused on profitability. And most importantly, they turned things around without significantly diluting common shareholders or blowing up their capital structure.

Coincidentally, these successful microcap founders often have iconoclastic traits similar to what William Thorndike describes in, The Outsiders, and on point with what Sean Iddings and I discovered while writing the Intelligent Fanatics Project. They are highly driven individuals with long memories. They remember the pain and feel like they were left for dead by the service providers that took them public. This inner anger is why they never cater to Wall Street. However, they are highly loyal to their long-term investors.

This is one of several small things I look for in founders that have made a big difference in my returns. I will highlight a few more in subsequent articles.

If you liked this post, you will also enjoy: