Bernard Baruch once said, “Nobody ever lost money taking a profit.” I don’t know about that. Investing is hard.

On August 5th 2015, Valeant Pharmaceuticals (VRX) hit $262 per share and was valued at $85 billion. I’m sure someone that day thought they were buying a great business that could be held for the long-term.

Some of the smartest investors in the world were in Valeant. Investing is hard.

On April 1st 1976, Steve Jobs, Steve Wozniak, and Ronald Wayne founded Apple. Wayne drew the first Apple logo, wrote the three men’s original partnership agreement, and wrote the Apple 1 manual. Jobs and Wozniak each owned 45% and Wayne 10%. Two weeks later, he sold his 10% interest for $800. This 10% interest would be worth $90 billion today. He was closer than anyone to the visionaries of Apple, and he still sold.

It doesn’t matter how close you are to a story. Investing is hard. 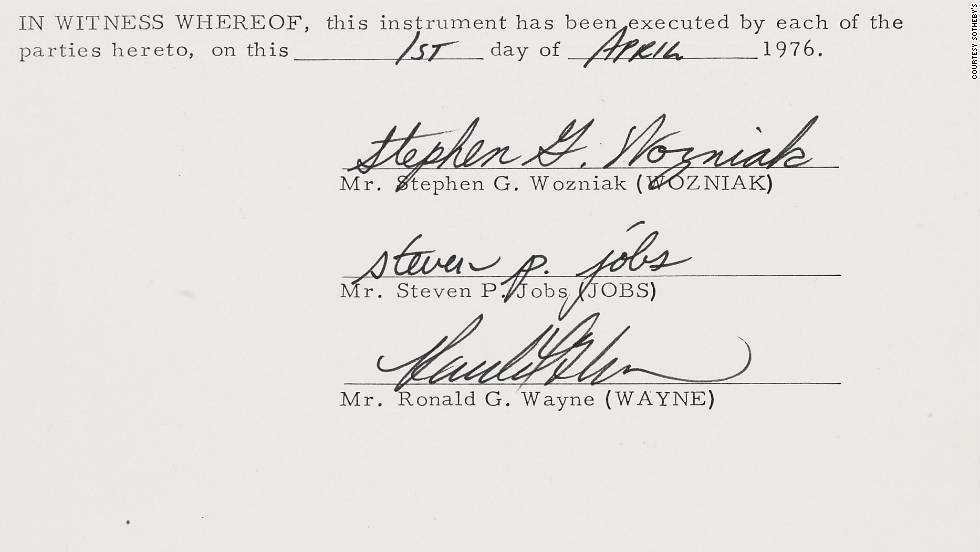 In 1963, American’s smoked so many cigarettes that it was equivalent to every adult in the United States smoking over half a pack a day. 43% of American adults were active smokers. By 2014, this number dropped to 18%. Morgan Housel said it best:

Sometimes the facts mislead us. Investing is hard.

But when the technology bubble burst in 2001, Softbank lost 99% of its value from its peak. Masayoshi Son himself lost more money than any other person in history, his net worth declined from $76 billion to $1 billion in three years. 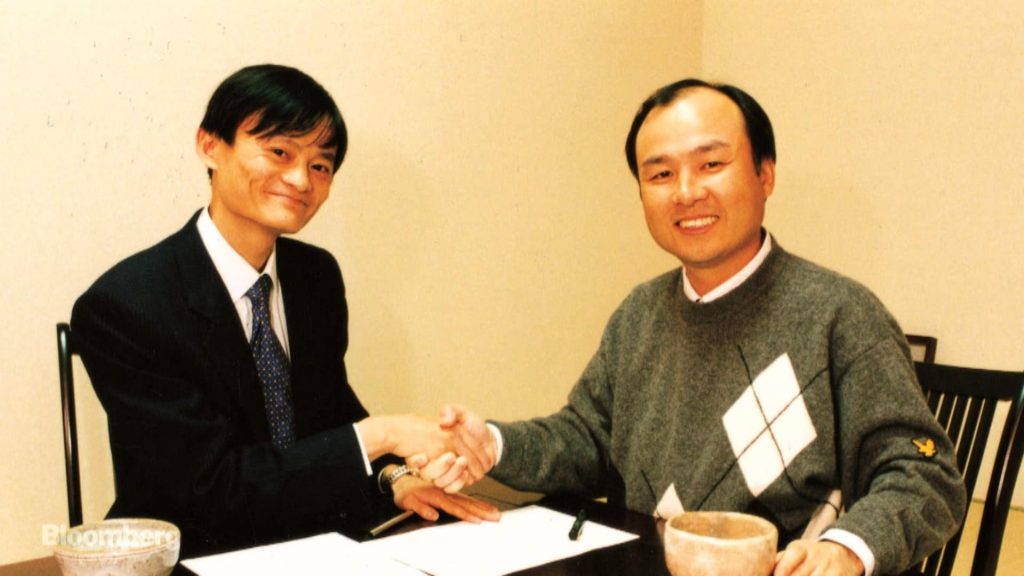 In 1999, Masayoshi Son and Softbank made a $20 million investment in Alibaba. This investment is considered today to be the most successful investment ever in the history of mankind. Softbank’s 30% ownership position is worth $130 billion, or a 6500x return.

Softbank’s ownership interest in Alibaba is worth more than the market cap of Softbank (high debt). Masayoshi Son made over a hundred investments, almost went bankrupt, but a few investments saved him. Investing is hard.

In 2007, Patrick Industries (PATK) issued senior subordinate notes to Tontine Capital for $14 million in cash. Tontine also purchased 980,000 shares of Patrick Industries in a private placement at $11.25 per share. This capital was used to complete an acquisition.

When Tontine Capital provided the capital in 2007 they had no idea the financial crisis was about to punch them square in the jaw. Patrick Industries business was severely impacted. In March 2008, Tontine purchased another 1.1 million shares at $7.00 per share. In May 2008, they purchased 1.7 million shares in a rights offering.

By the time Todd Cleveland took over as CEO on February 1, 2009, Tontine owned 5.1 million shares or 57% of the company. The stock collapsed to under $1 per share.

Patrick Industries was a $5 million market cap company. You couldn’t give the stock away. No one was buying RV’s during a financial crisis. Even Tontine filed a 13D stating they were looking to explore alternatives to dispose of their shares.

No one would have been surprised if Patrick Industries would have ended in bankruptcy. But it didn’t end that way. Todd Cleveland turned things around.

Patrick Industries is up over 26,000% since Cleveland became CEO. In fact, the company is the best performing stock in North America since 2009. 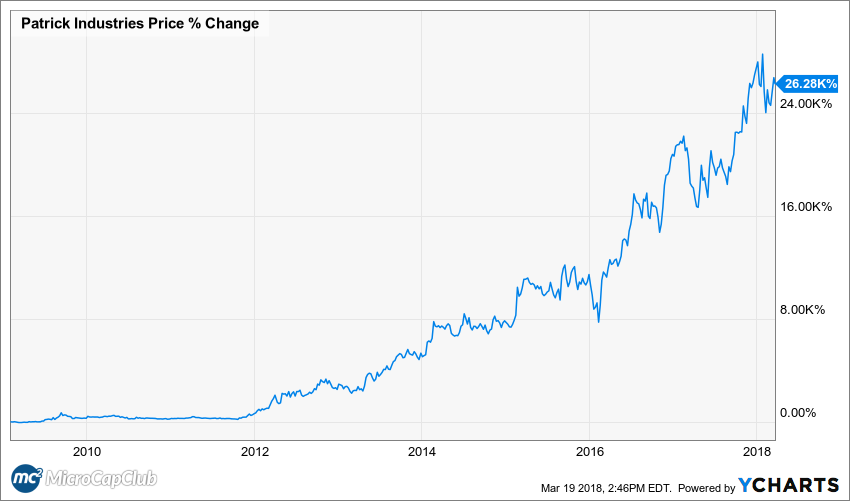 I estimate that Tontine Capital has taken over $200 million off the table. Source: RocketFinancial.com 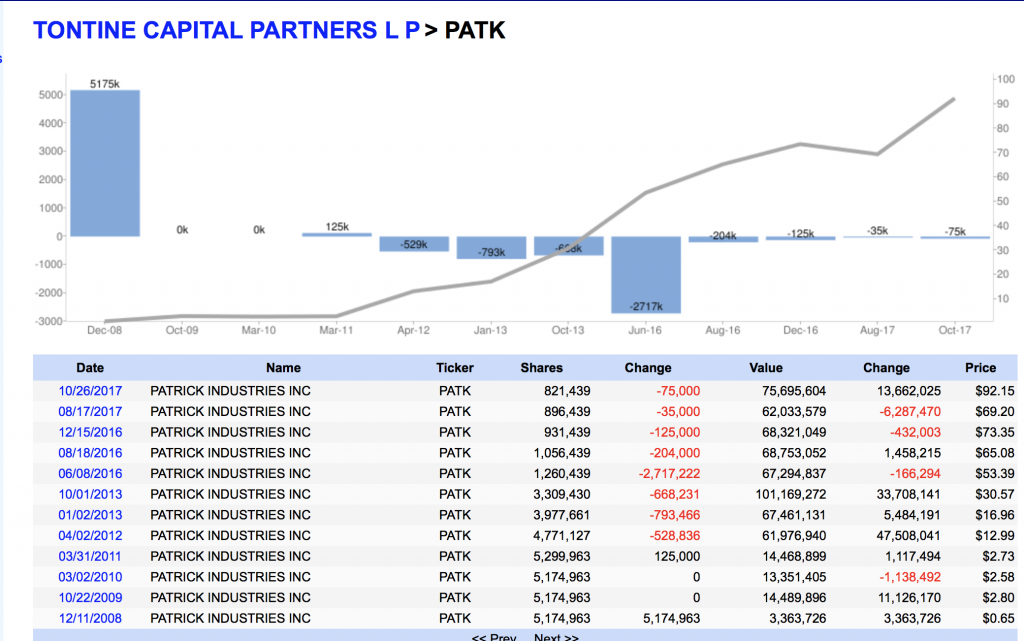 Think about that. Their original investment in 2007 was down 95% by 2009. They averaged down. Since then, they’ve recouped ~10x their money, and they are still long 5% of the company. This wasn’t some private equity firm making up some valuation, “mark to make believe”, on a private business. Tontine saw the real-time market price every day. They lived through the rollercoaster.

If you enjoyed this article, you will enjoy this presentation: